The results of philanthropy are always beyond calculation.

Asked how much money he has given away, retired Home Depot chairman and philanthropist Bernie Marcus says, “I don’t have a clue. I don’t give it away to keep score. I give it away because of some of the benefits that I see out of it. It’s basically an emotional thing with me.”

One thing is for sure, by any measure, it’s been a lot.

Children hold a special place in Marcus heart. He and his wife Billi gave $45 million to bring about the merger of Baltimore’s Kennedy Krierger Institute with his Marcus Institute in Atlanta. They have continued to give millions to the Institute, which cares for children who are physically impaired or have behavioral problems.

Marcus, 74, says the inspiration for the Institute came from watching a Home Depot employee deal with her mentally-impaired seven-year-old son.

“This poor woman had no place to go for her child’s care,” Marcus says.

The Atlanta-based Centers for Disease Control and Shephard Spinal Center have been beneficiaries of Marcus’s generosity. Explaining his relationship with the Spinal Center, he says, “I got into it many years ago when someone took me for a visit. They started in 1977, just a year before Home Depot started in 1978. As I walked through the place, I was very impressed how up beat everything was, considering that they were dealing with paraplegics and quadriplegics. They all felt they were going to get better. Of course, there was nothing wrong with their minds.

“Rather than walking into a great disaster, I found energy there. They were very positive about what they were going to do with the rest of their lives. I just bought into it. Over the years we had lots of people visit the center, and on the day we dedicated the Billi Marcus building there was a kid who worked for us at Home Depot, who fell out of a tree.

“I went upstairs and visited him in the intensive care unit. He felt his life was over. He wanted to commit suicide. Today, he is again working for Home Depot. He’s organized. He’s married and his life moves on.

“As we speak, there is a man in the center now named Ed Martin who’s being treated. In fact, he called the office the other day and said he thought it would take three months for him to learn to walk again. And he walked yesterday. He called my office to let us know he walked.”

Obviously, this Hero for Humanity is excited and thrilled to see his good works pay off.

Bernie Marcus’s donations to the Jewish community have been significant and frequent. He gave  $15 million to the Atlanta Jewish Federation and funded the Marcus Jewish Community Center.

“I am Jewish,” he said. ” I think philanthropy for a Jew is part of your soul. We all grew up with this. It’s part of what you were taught a child that you have to give back. It’s very fundamental. We were poor. My parents were Russian immigrants. We had nothing. I mean we had less than nothing. Yet my mother was giving money to buy trees in Israel.

You are always helping others in the community. We grew up seeing that. I am concerned about Jews around the world, especially since we see today so much anti-Semitism. I think about those six million Jew that died in Germany, Russia and Poland and that they died only because they were Jews. The survival of Jews is very important to me, for my grandchildren and many generations to come. So I am very, very active with Jewish philanthropy.”

Marcus’s grandest gift of all  is $200 million dollars for a giant aquarium to be built in Midtown Atlanta. With a five million gallon tank and 250,000 square feet, it will be one of the biggest ever built.

“You know, Marcus says, ” I was flying to Israel with Governor Roy Barnes. It’s an eight-hour flight. All the while I was trying to think of something to give back to the state of Georgia because that’s where I got my start. When I came here I was broke. I just felt it was payback time.

“When people do good for you, you have an obligation to do good for them. So I tried to think what I could do. My mind ran in so many different ways. I thought about doing a symphony hall, but that would only attract five or ten percent of the population.

“I looked at a cross-section of our customers and associates and asked myself, would they ever go to a symphony? The answer, for the most part, was that they probably would not and if they did it would be very few of them.”

While trying to think of the best thing he could do to attract a large percentage of the population, he came up with the idea for an aquarium.

“An Aquarium is something I have enjoyed myself. It’s not been a major part of my life, but every time I would go to a city where there is an aquarium, I would make sure that sooner or later I would visit it.

“Think about the people who go to an aquarium. They represent all economic areas. You could be living in a trailer or a multi-million dollar house and you can go to an aquarium. If you walk through our stores and look at customers and associates, an aquarium is something they will all go to.

“So the was a natural thing to do. And I wanted to make sure that I did it without having the problems you could have with city and state funding  so I decided to fund it completely by myself. Thankfully, Coca Cola donated the land (nine acres). They were wonderful in this. So it’s going to be terrific. It’s going to be great for the city and state just to have the aquarium right next to the brand new World of Coca Cola. I also think it’s going to be a tremendous draw for people outside the state who will come to visit it.”

Marcus and his partner Arthur Blank, new owner of the Atlanta Falcons professional football team, came to Atlanta after being fired from Handy Dan stores in California because of a “political thing.”

Once in Atlanta, they bought three Treasure Island stores and created Home Depot. Handy Dan has long since gone out of business. Today, Home Depot is one of the most admired companies in America. It has more than 1400 stores and 300,000 employees. It’s gross revenue for 2002 was $53 billion dollars.

What advice would Marcus give to today’s young entrepreneurs?

“Well,” he says, “I think they are going to have to be strong enough and smart enough to stay with whatever they go into as long as it makes reasonable sense. Ours was a very tough deal. It wasn’t easy. You know you can look back and say what a great success story Home Depot has been.

“But the first few years were pretty tough. Arthur and I fought through it. There were a lot of disappointments that came our way, but we were able to overcome those disappointments. There were a lot of nay Sayers that told us it wouldn’t work, but we were able to work through those as well. We were convinced that we had a great idea and because of that we stayed with it. So I think “stick-to-itiveness’ is very important. Believing in yourself is very, very critical. You have to believe in yourself, but not to the point of stupidity.

“There is a point sometimes when you have to fold your cards. But if you have the confidence and the right idea, and you really believe there is a potential of it working, then you have to work hard to make it happen. That takes total commitment. You cannot be focused on anything else. You have to be 100 percent focused. You have to stay with it and keep trying.”

And what does it take to be a great leader?

“The reason that some are better than others is because of their ability to communicate. Take a guy like Jack Welch. Jack was a great leader. Jack was able to do that. He led an organization where he was able to achieve his culture and make it into a very good organization.

“Jack had this great ability to get people to buy into what he was selling. That of course is what a great leader is all about. I see it happening with lots of people.

” I think Arthur and I were able to do that with Home Depot.”

By Charles Glover (The former President of Cox Enterprises) 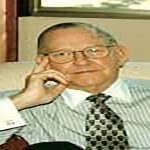 A Tribute To Charles Glover

An Interview with Phil Romano